Read the white paper and learn about gold µAM in cutting-edge applications. 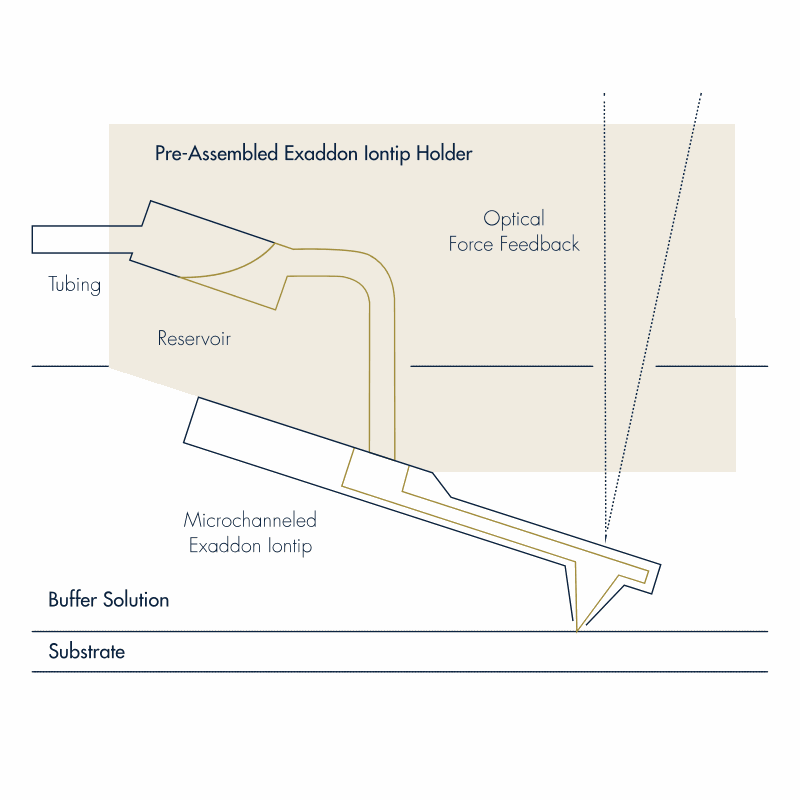 Exaddon's additive micromanufacturing technology (µAM) is based on electrochemical deposition.

A small printing nozzle, called an  iontip , is immersed in a supporting electrolyte bath. A precisely regulated air-pressure pushes a liquid containing metal ions through a microchannel inside the iontip. The liquid flow is very small - as low as femtoliters per second. At the end of the microchannel, the ion containing liquid is released onto the print surface. The dissolved metal ions are then electrodeposited into solid metal atoms.

These metal atoms grow together into small building blocks called voxels. Optical force feedback registers the completion of each voxel until all voxels are printed and the complete object is constructed. This electrochemical printing process takes place at room temperature. The process leads to very high-quality metal structures that are immediately ready for their application - there is no need for any post-processing.

The forces acting on the iontip can be measured optically, and are used as feedback. This allows the system to detect which voxels of the object have already been printed. This optical force feedback provides real-time process control. 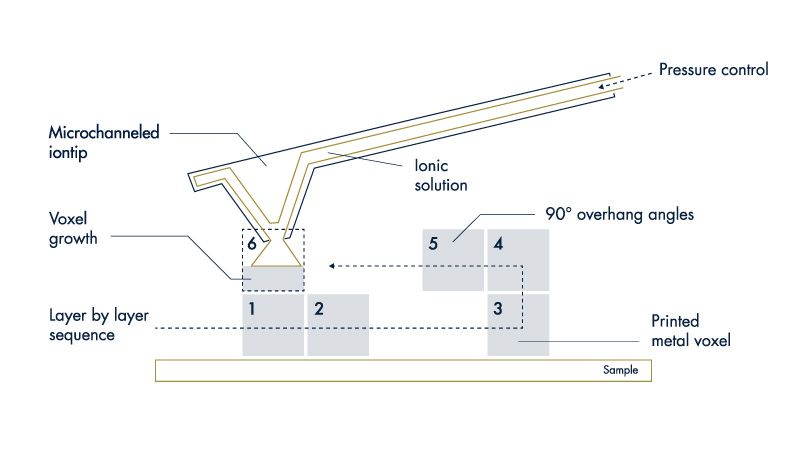 Explore applications beyond imagination with the CERES µAM print system.

See our µAM in action